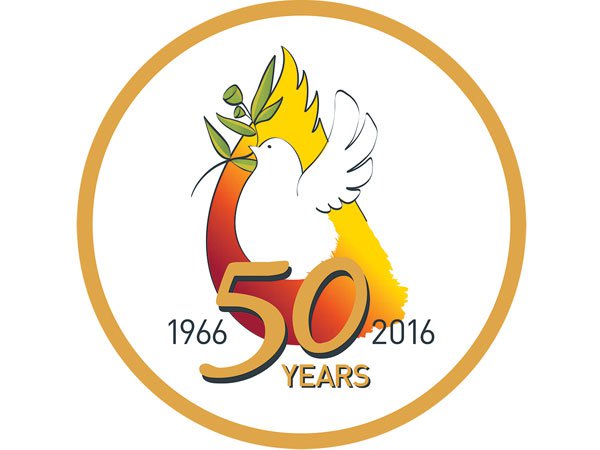 Coinciding with the Jubilee Year of Mercy in the Church, a group of MSB students and staff recently returned from the international Footsteps of Benedict Tour. In our Jubilee year it was especially significant as the group were able to see the Jubilee doors of St Peter's in Vatican City. The symbol of the door is a strong one in the Church celebration of Jubilee - the door provides a threshold, a place of transition from one place to the next, a way of moving in to new arenas.

Many ex-students and former staff gathered at a Golden Jubilee Afternoon Tea in early March. The afternoon began with student led tours with much interest in how the College had changed over the years. We were also pleased to welcome former College principals Sr Agnes and Sr Lia to the event. View Photo Gallery

The College has launched its Jubilee History book 'The Early Years' which is a visual history of the College. It includes many interesting images which highlight the ways in which the College has changed during its 50 years. Fashions have changed, technology has changed, but fundamentally our identity as a Catholic school in the Good Samaritan tradition remains a constant.

As a special gesture in our Jubilee Year, the College was honoured to be presented with an Apostolic Blessing from His Holiness obtained in recognition of the 50th anniversary of our foundation. The blessing is worded as follows: 'the Holy Father Francis cordially imparts the requested Apostolic Blessing to the staff and community of Mount St Benedict College in Pennant Hills, NSW on occasion of their 50th anniversary of foundation and invokes an abundance of heavenly graces and the continued protection of the Blessed Virgin Mary'.

There are a number of memorabilia items available in celebration of our special year. Items include a College ring, teddy bear and 'pandora' style bead. Download the order form to place an order.

There are a still a number of events planned to celebrate our Jubilee including: