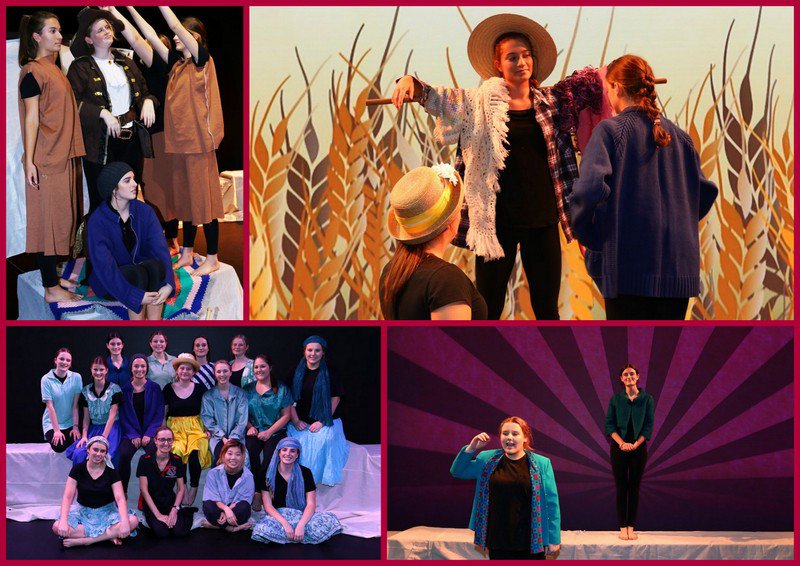 The College Year 11 play, If Only the Lonely Were Home, by Finegan Kruckmeyer, completed its two night run in early Term Two, the first production in the new Hildegard Theatre at Mount St Benedict College (MSB).

‘There is a town with the name of a famous pirate. In the town live lots of people. And in that lots of people, there were two people, a girl, and a boy. The girl is good at playing the violin and her name is Penny. The boy doesn’t think he has anything he is good at. His name is The Lonely.

The Lonely hasn’t been seen for a long time. His house stands quiet, on the furthest edge of town. So everyone brings to his doorstep the things they love – a photo of the wind, a song you sing in cars, a feeling of ferris wheels, some lightning in a jar. The Lonely is ignoring them all. But one girl stands at his door and won’t go away.’

Mrs Gabrielle Keats, Year 11 Play Director and Drama Teacher at Mount St Benedict College wanted this production to be accessible to a wide audience as it was the first performed in the College’s new state-of-the-art creative and performing arts facilities.

“The themes of this play resonated with the College, as students are encouraged to find their passions and connect with community. The title roles of Penny and The Lonely were performed by multiple actors in this production. Allowing the students to perform a variety of characters and work collaboratively allowed them to grow and develop significantly as actors and as an ensemble. They had little time off stage and were instrumental in providing directing ideas as we rehearsed the production.”

Congratulations to the Year 11 Drama students who worked so creatively and collaboratively during the rehearsal process.

“It is a privilege to see our students develop confidence, skills, take on character’s journeys and bring them to life on the stage for an audience to appreciate,” said Mrs Keats.