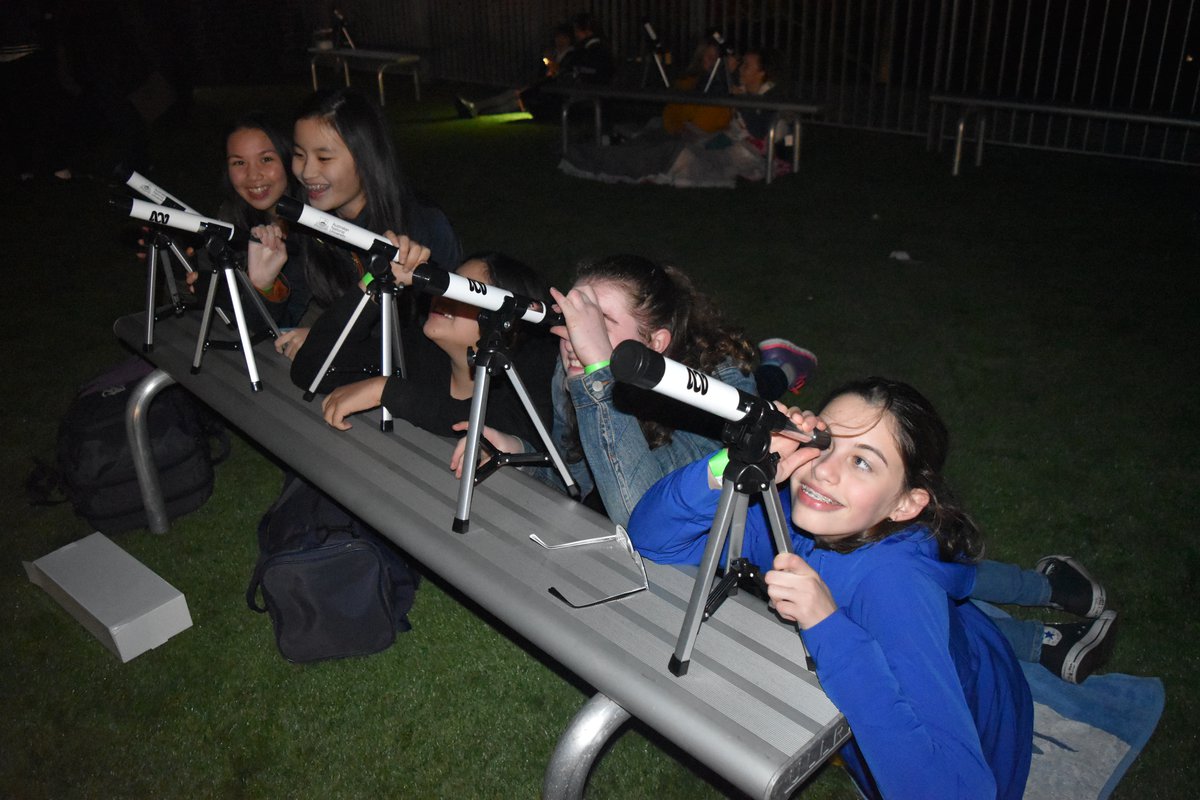 It's official: the world record for the most people stargazing across multiple venues at the same time has been broken and Mount St Benedict College was a part of it.

The ABC's Stargazing Live broadcast, in partnership with the Australian National University (ANU), claimed the Guinness World Records title for an event that saw thousands of telescopes pointed at once at the night sky.

More than 46,345 people simultaneously observed the moon through telescopes for 10 minutes, and the 74 girls who participated at Mount St Benedict College were part of this record-breaking endeavour.

Thanks to the interest and enthusiasm by Mr Edward Baker, a teacher in the College’s Science Department, the College hosted one of the 285 stargazing parties registered across Australia on the clear crisp May evening.

The event was a wonderful leadership opportunity for the Mount St Benedict College students, who showcased their passion for astronomy. MC for the evening, Year 12 Physics student, Kaecee Evio enjoyed sharing her love of science.

“Everyone enjoyed the science aspect of the night with friends, family and other guests. The students really enjoyed a more informal learning opportunity that was separate to the classroom.”

“As well as viewing the moon for our world record attempt, Jupiter was visible for the majority of the night and constellations such as Orion and Scorpius were also visible. The Southern Cross and some of the brightest stars in the night sky were also out. The night was extremely clear so we were blessed to be able to see all of this!”